CCT is the resident theatre company of the Chambersburg Capitol Theatre, where we perform, rehearse and have our office space at 159 S. Main St. #3, Chambersburg, PA 17201. 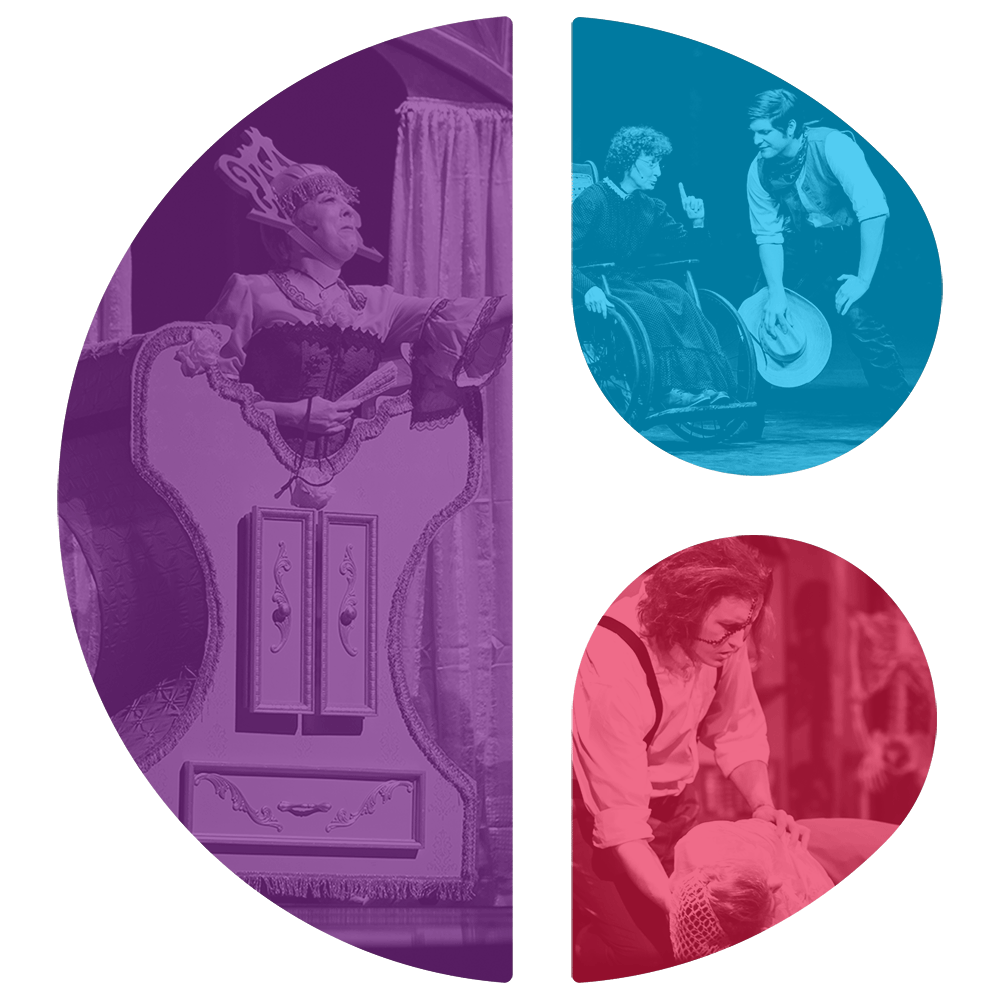 RENT is not recommended for children under 17. Please purchase tickets with this in mind.

Performances will be held in The Capitol Theatre’s Main Stage

Set in the East Village of New York City, Rent is about falling in love, finding your voice and living for today. Winner of the Tony Award for Best Musical and the Pulitzer Prize for Drama, Rent has become a pop cultural phenomenon. with songs that rock and a story that resonates with audiences of all ages. 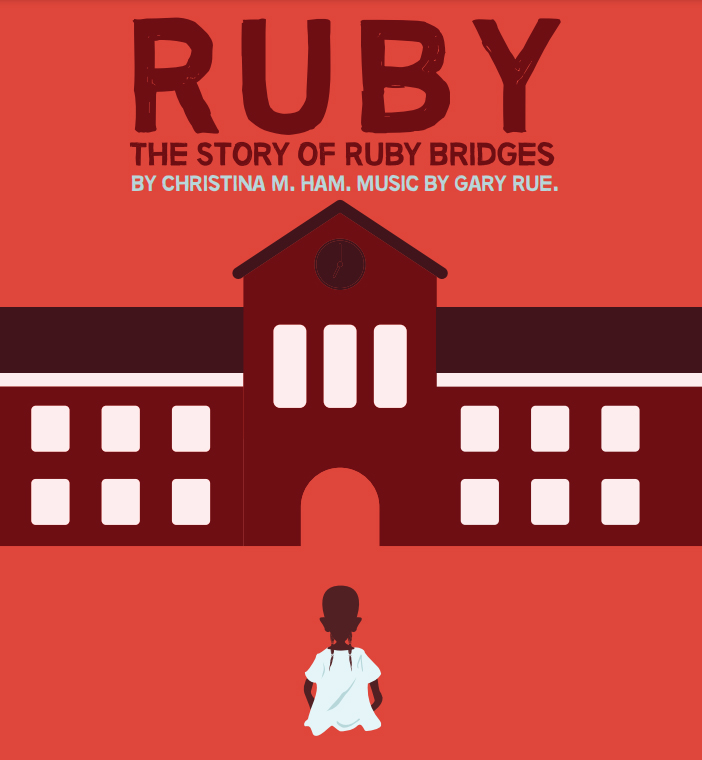 RUBY: The Story of Ruby Bridges

Performances will be held in The Capitol Theatre Main Stage

Ruby Bridges was only 6 years old when the Civil Rights movement came hammering at her door, making her the first black child to attend an all-white elementary school in New Orleans. On the heels of Brown v. Board of Education, schools were ordered to integrate with “all deliberate speed,” and in 1960, Ruby became one of six black children to integrate all-white schools in the city. With songs inspired by The Shirelles, Sam Cooke and Smokey Robinson, this musical explores a little girl’s unbeatable courage in the face of adversity as she helped to lead the Civil Rights movement up the front steps and into the classrooms of an elementary school in New Orleans. 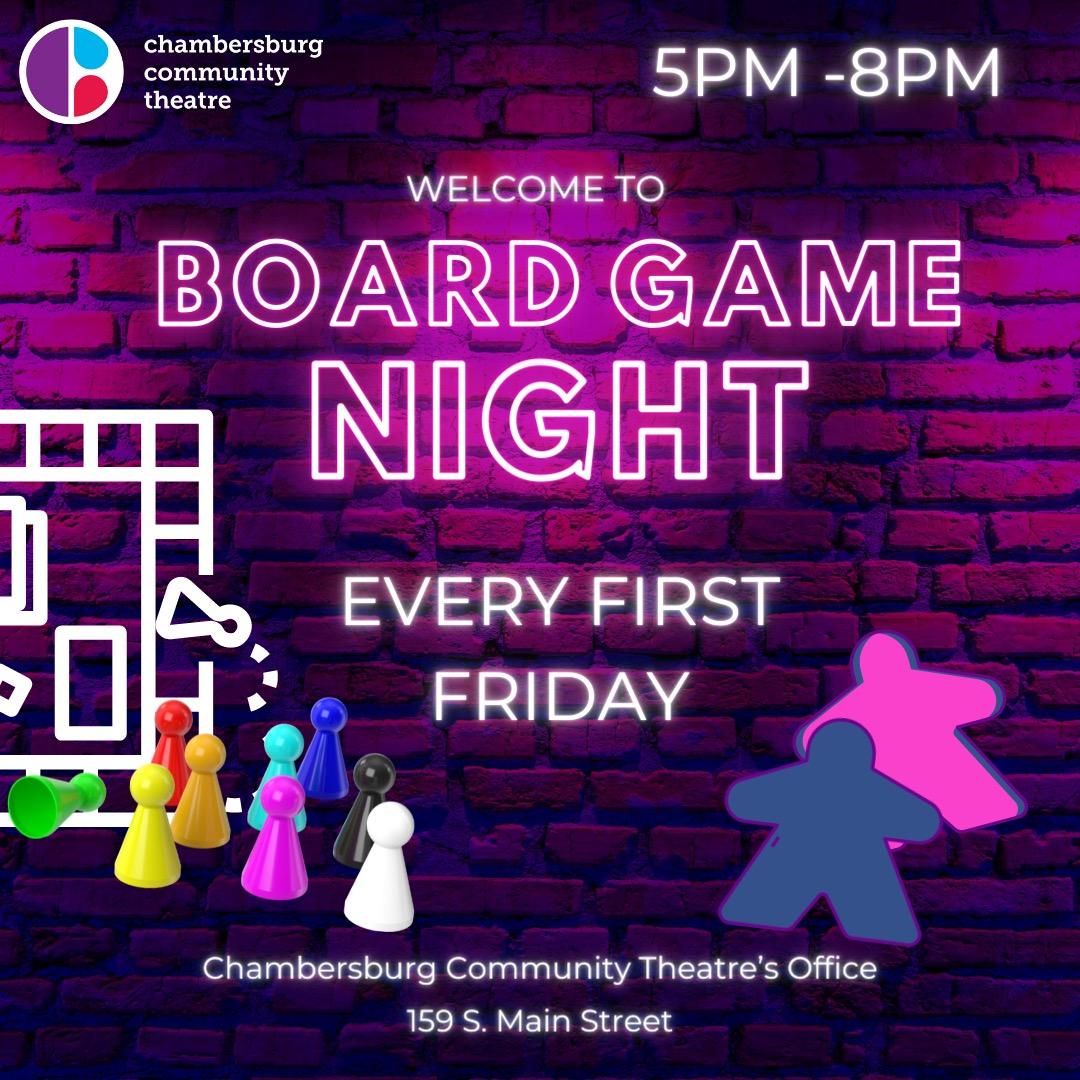 Board Game Nights at CCT

Join Us from 5PM-8PM

Join us for some board games, meet new theater friends, learn more about our organization, or just hang out at our Board Game Night – now happening at the  CCT Office from 5PM-8PM during First Fridays in downtown Chambersburg! Stop in and say “hello”!

Open to anyone in the community. Our directors are open to non-traditional castings and everyone is encouraged to audition regardless of stage experience.

Attend our workshops to enhance your acting training and technique, gain confidence in your skills, meet people with similar interests, or simply try something new.

Children (ages 8-18) from the Tri-State Region learn the many and varied aspects of theatre production from auditions through rehearsals to the final performance.